Brian Dawkins: Our Leader Has Returned! 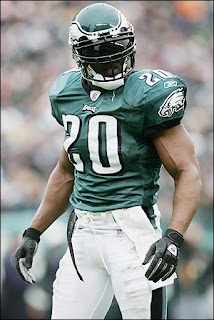 Thankfully there are charity golf tournaments. In addition to the obvious chartiable cause, today's Burn Prevention Classic allowed the fans to hear from Brian Dawkins.

And all signs point to the return of big plays, nonstop adrenaline, and tenacious tackles. B-Dawk is back!

Listening to Dawkins, one cannot help but get psyched for the upcoming season. Let the hitting begin!

Dawkins was a guest on the today's Mike Missanelli show. Highlights from the interview include: