Charles Rogers NOT Trying out with the Eagles 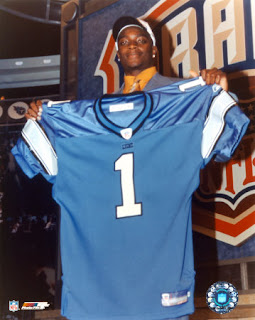 The reports that former Detriot Lions WR Charles Rogers will be trying out with the Philadelphia Eagles are FALSE.
The false report stems from his old High School football coach making claims that several teams have expressed interest in Rogers and will bring him for a tryout.
The other team rumored to be interested in Rogers was the Minnesota Vikings. Again a false rumor as all reports state the Rogers has NOT been brought in for a try out with the Vikings.
Unfortunately, it looks like Curtis and Brown are safe! On the flip side they are probably improvements over Rogers.
http://ww3.startribune.com/vikingsblog/?p=1662
Posted by chris klinkner at Saturday, June 21, 2008

With the Viking's receiving core consisting of Rice and Wade, I wish Rogers were trying out with Minnesota.

Great blog, by the way. Keep up the great work!