Is Matt Jones or Terry Glen the Answer at WR for the Eagles? 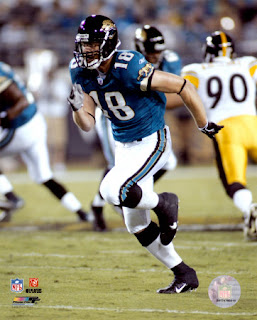 Curious if the Eagles would have any interest in Terry Glen or Matt Jones if they became available?

Glen's injury history might scare off the Eagles, but adding a veteran receiver with his skill set can only improve the Eagles mediocre receiving core. Even with bum knees he is probably still faster than all of the Eagles WRs, except DeSean!

The Eagles showed interest in Jones during the 2005 NFL draft. Though his NFL career has been a disappointment to date, his freak athletic skills might make him a good red zone target.

Either addition would mean we could finally say goodbye to Greg Lewis!
Posted by chris klinkner at Thursday, June 19, 2008

I would drive Greg Lewis to the airport and piggyback Terry Glenn in here.

I really like Jones' size and he needs a change of scenery.

just as long as lewis doesn't become another reno and keeps coming back!

Speaking of never coming back, whatever happened to FredEX?