Philadelphia Eagles: Is Andy Reid Still the Top Coach in the NFC East? 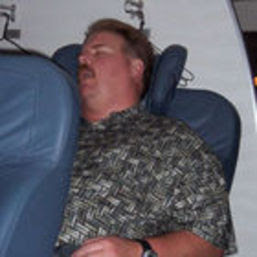 Is Andy Reid still the elite coach of the NFC East? Probably not. Years past the answer was easy, yes he is.

From 2001-2004 the Eagles went to four consecutive NFC Championship Games and one Super Bowl. More recently, the Eagles have failed to make the playoffs in two of the past three seasons.

For the first time in a long time, Andy Reid is no longer the top coach in the NFC East. The number one ranking now belongs to New York Giants coach Tom Coughlin.

Lets take a look at the rankings entering the 2008 season:

1 – Tom Coughlin (Giants): Coughlin is entering the season as a Super Bowl Champion. The championship gives him the nod over Reid. His entire coaching resume also supports his number one ranking.

Coughlin owns a .536 winning percentage during his 12 year NFL head coaching career. Coughlin has also led his teams to the playoffs in 7 of his 12 years as the helm. Coughlin also boasts an 8-6 playoff record.

2 – Andy Reid (Eagles): The 2008 season will be Reid’s tenth season as the Eagles Head Coach. Media and fans are beginning to question if Reid’s window of opportunity for claiming a championship has passed. Is it time for a new voice to lead the Eagles?

Reid’s number two ranking is built on his past success. As mentioned he lead the Eagles to four NFC Championship games and one Super Bowl. As recently as 2006 the Eagles claimed the NFC East crown.

Reid carries a .611 winning percentage, has led the Eagles to 6 playoff appearances in his 9 years, and has an 8-6 playoff record.

3- Wade Phillips (Cowboys): Phillips enters the 2008 season as one of the division’s hottest coaches. The 2007 Cowboys were the NFC East Division Champs with a 13-3 regular season record. With the Cowboys roster retuning in intact Phillips should achieve similar success in 2008.

Phillips boasts a .592 winning percentage and has led his teams to 4 playoff appearances in 8 years.

4 – Jim Zorn (Redskins): The 2008 season will be Zorn’s first year as a head coach. With zero head coaching victories the number four ranking explains itself.

Zorn will have the difficult task of following the legendary Joe Gibbs. There are also questions around if Zorn would have been better suited remaining the Redskin’s offensive coordinator (the position he was originally hired for).

Zorn has never even held a coordinator position in the NFL. He is coming to Redskins after seven years as the Seahawks quarterback coach.

Will 2008 be the year that Reid reclaims his number one ranking? Or when 2009 rolls around will Reid be gone from the Eagles and the NFC East?
Posted by chris klinkner at Thursday, June 19, 2008

Andy will be around until they fix the crack in the Liberty Bell...or in Jeff Laurie's head! By the way, is that a picture of Andy on the sidelines during a 2 minute drill?