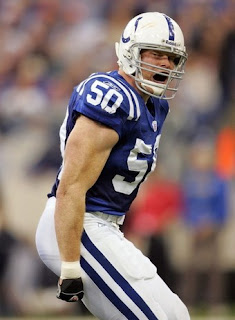 Another offseason, another summer of waiting for the phone to ring. As an Eagles fan, you hope that phone never rings. Someone please remove Reno Mahe from Andy Reid’s speed dial.

Entering the 2007 season, Eagles fans had thought they had seen the last of Mahe. The team was touting Jeremy Bloom as a big-play return specialist. Looking back at the game against the Packers, and one can see just how successful the Bloom plan was.

To prevent additional games from being lost because of special-team blunders, Mahe was brought back to the Eagles. The Mahe move, and Bloom’s ineffectiveness, showed the diminished value the Eagles were placing on special teams.

Could Reid have forgotten so quickly the effect that special teams had on the team’s run to four-straight NFC Championship games?

During the 2001-2004 seasons, the Eagles' special teams were consistently ranked as one of the league’s top-10 units. The last three seasons, their ranking fell to 23rd, 28th, and 28th.

Entering the 2008 season, it is obvious that the Eagles' attitude towards special teams has changed. Dare I say that the special teams unit might actually be special?

The most significant upgrade is in the return game. Mahe is gone (we hope!), and DeSean Jackson is in. Jackson brings Devin-Hester-like excitement to the special teams unit. Jackson, a rookie, returned six punts for touchdowns while at the University of California.

One only has to view last year’s 77-yard punt return against Tennessee to realize Jackson’s game-breaking, jaw-dropping talents. In the unlikely event that Jackson is ineffective, the team’s surplus at cornerback will allow the Eagles to insert Lito Sheppard as the punt returner.

Hopefully gone are the run-five-yards-and-fall-down returns of Mahe.

The kick return unit should also be vastly improved with the insertion of another rookie, Quintin Demps. Demps brings speed and elusiveness to the unit. Scouts have described Demps's greatest asset as his knack for finding the end zone.

Hopefully gone is Buckhalter running straight to contact and falling down.

Offseason signees Rocky Boiman, Luke Lawton, and Dan Klecko should bring back the special teams' toughness and leadership, qualities that have been absent since Ike Reese’s departure.

The insertion of Boiman and Klecko should result in increased holes for the Eagles return men and tackles that lead to poor field-position for the opposing team. The Eagles might actually win the field-position battle this year!

With all of the Eagles' new additions to the special teams unit, one cannot forget the always reliable David Akers and the vastly improving Sav Rocca. Akers, a three-time Pro Bowler, is consistently one of the NFL’s most reliable kickers. Rocca showed continued development as the 2007 season progressed, with increased distance and accuracy in his punts.

Memo to all security personal: Do not let Mahe enter the NovaCare Complex or Lincoln Financial Field in 2008.
Posted by chris klinkner at Wednesday, June 18, 2008