Welcome to the NFC East - The New Guys 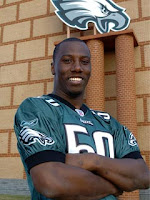 The 2007 season is history. Only a few months until the kick-off of the 2008 season. Will the Cowboys again rule the NFC East or can the Eagles make a jump back to the top?