A new Q joining the Birds? 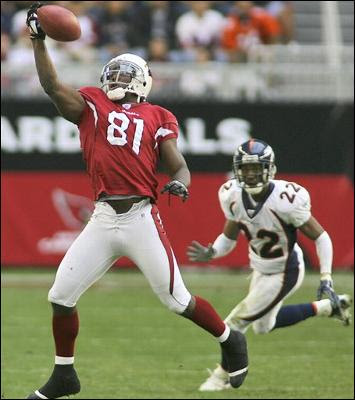 In the offseason 2008, Boldin requested a trade. Cardinals other wide receiver signed a 10 year, $40 million deal. Boldin's had 3 years, $12 million remaining on his contract. As of August 22, 2008, The Dallas Cowboys and the Philadelphia Eagles were looking to acquire Boldin.

The Cardinal's messageboard has a moderator claiming inside knowledge of a deal sending Boldin to the Birds. Click here for the thread.
Posted by justincharlesharlan at Saturday, August 23, 2008

Who needs Wrs when you can just score 6pts off of a return?

I doubt the rumor is true. what the eagels have is what they have.