Eagles: Was It All Just False Hope? 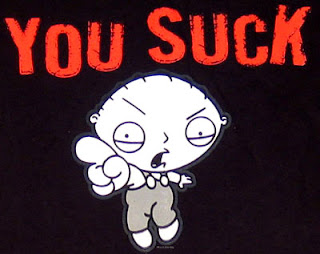 So Monday it is back to work. It is your first chance to dissect and discuss the Eagles-Steelers game with your co-workers.

Is everyone in agreement that McNabb looked sharp, Jackson was impressive in his debut, that everyone turned off their TV sets with a general feeling of happiness with the Eagles performance? Mark me down as a yes on all three counts.

My boss, well mark him down as a no on all three counts. He thinks we all are being a little too Dave Spadaro-like in our evaluation. His arguments...

So in short, his evaluation was that McNabb and Jackson were overrated and the first team offense and defense need to pray they see back-ups all season long. Anyone agree, just another case of Philly negativity, or way too much thought into a preseason game?
Posted by chris klinkner at Monday, August 11, 2008

hard to believe that people still hate McNabb out there. way too much thought into a preseason game. #5 looked good, case closed.

philly and their conspiracy theories. Really, the coaches forcing the ball to Jackson? Stupid, stupid, stupid. The boy has talent.

i was happy with the game. remember it is only preseason what does it matter anyway.

It was kind of scary that the punt return unit didn't do better considering the emphasis that reid was putting on ST this year. Regardless, McNabb looked good.

once a Mcnabb hater, always a McNabb hater. You just can't change some people.

Who would your boss rather have at QB from the NFC? Thats right there is no one better than our #5.

are you sure that guy is an Eagles fan? sounds like a Cowboy fan to me. Cowboys suck!

nice to hear an opposite opinion but the dude has to be a cowboys fan. what the hell is he doing in Philly!

its the preseason everyone needs to calm down. not time to panic. #5 was sharp thats all that matters. the other things well they can still be fixed before september

some people will just always hate on the Eagles. i agree with the others, must be a Cowboys fan

agreement as well you boss has gotta be an eagles hater, giants-cowboy lover.

i thought mcnabb lookeed good and we will ride his arm (and legs) back to the top.

good post. stupid argument by the other guy. like reid has time to plan out forcing desean the ball. jackson has talent and got himself open. like the other posters, the boss has to be a Dallas fan.

who would the guy rather have romo?

i wouldn't say that i disagree with either argument.

boss man gotta be a Cowboys fan. how did his boy romo do last year in the playoffs? did boss man shead a tear when TO shead a tear.

cowboy fans should not be in philly!

i wouldn't be surprised that that guy is secretly rooting for the mets to overtake the phillies too.

don't make me go all brett myers on that guy

does your boss work for the 610 morning show crew?

b-west, reggie, and adrews were gone, 10 points is remarkable with the cast they had on the 1st team.

go back to dallas!

agree with you all boss seems like your typical cowboys fans