Favre a Jet, Lurie a YPA 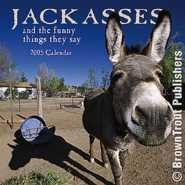 Brett Farve a New York Jet, who would of thunk it? Good move for the Eagles as without Favre I don't see how the Packers maintain their place as a dominant team in the NFC. Despite the Packers' confidence in Rodgers, there will be too many growing pains for the first year starter to carry the Packers on a serious playoff run.
Also, with Favre in the NFC, McNabb keeps his ranking as the #1 NFC quarterback. Wonder if our boy Lurie knew about the Jets thing all along? It wouldn't surprise me if he did, I mean the man does know about a cornerback's YPA. (Though I do prefer 610 WIP's definition of YPA...Lurie You're a Pompous Ass!) What was the point of Lurie throwing the low blow at Sheppard? Let's leave the football talk to Reid.
Despite the large investment the team made in Asante Samuel, the Eagles now have another reason to hope these hamstring injuries don't linger into the season for Samuel. If Sheppard is healthy and ends up being the starting left cornerback because Samuel is not healthy, Lurie will have some serious back talking to do. Do the new fan conduct rules prevent you from bashing the owner?
And how cowardly are the Eagles for listing dual starting right cornerbacks. 12 starters will definitely draw the officials' flag.
Other Random Thoughts I Think:
Posted by chris klinkner at Thursday, August 07, 2008

i love the new YPA definition. Lurie, shut up, PLEASE!

sheppard is one of my favorite, i hope he makes lurie eat his words..what an ass!

basket,, bron, avant, me...none of us are #1s so who cares who is lining up at there. just run with the 3 headed backfield. make westbrook earn the new payday

shut your hole lurie. banner you too

i am just watching to see that no one gets hurt. i hate preseason games, no point. especially with the eagles, there aren't that many roster battles anyway.

haha lurie is a jackass.

leave the football talk to the experts. you just sound like an idiot jeff