Runyan Shut It, Samuel Just Do It 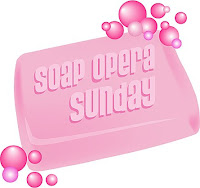 Days of Our Lives, General Hospital, and Eagles Training Camp. I am starting to think that the Eagles could claim a few day time Emmys themselves.

Just when you thought there might be some quiet up at Lehigh, John Runyan goes and runs his trap today about not being apologetic about his previous comments regarding Shawn Andrews' prior absence from camp. Runyan also added:
"It's hard to believe it because I know how he {Andrews] is," Runyan said. "Knowing him, he could be playing a joke on all of us."
We all know that Runyan is old-school, maybe a bit neanderthal. But come on big guy show some compassion, some sympathy for Andrews. It's not as if Andrews prescribed himself the medications or fabricated visits to a therapist.
When Runyan speaks he gives the public the idea that teammates think Andrews is lying, was just looking for a way out of brutal camp practices.
Yes Jon, this is all some elaborate story concocted by Andrews. If someone is going to lie why not shoot for the stars and go with the depression excuse. Oh and then risk public embarrassment by admitting the illness to the public. Come on people think before you speak.
And it looks like the Eagles are starting to become a bit antsy with Asante Samuel's injury and absence from practices. During his PC today Jim Johnson commeted that he expects for Samuel to start this Thursday's preseason game against the Panthers. Samuel needs to get adjusted to the Eagles defensive schemes in game speed and needs to get his endurance up.
With the Eagles as frugal as they are it must be driving them nuts to have Samuel on the sidelines and the possibility of the hamstring injury flaring up throughout the season. A LOT of money is invested in that man's hamstring.
Posted by chris klinkner at Monday, August 11, 2008

jon is an idiot

"We all know that Runyan is old-school, maybe a bit neanderthal."

Runyan is known as one of the smartest players in the game. I'd like to see this quote in full context, looks like a stupid media trap to me.

you had to at least wonder about the depression if teammates doubt him. they are the ones who do know best

paintedman, see the below link:

paintedman...there was also an audio interview on 950am ESPN where Jon straight out said he wasn't sorry for his comments a few weeks back.

I understand Jon is a smart guy, good to the fans, does great charity work, but his stance on Andrews is just ignorant. just keep your thoughts to yourself. depression is very serious and better to be quiet than to comment on an issue he knows little about.

again great guy, great player, Jon is just wrong here. hey, we all have our moments!!

I feel for the kid, but Runyan says nothing even remotely offensive. He is right that Andrews should have showed up. He is right that they have to move on whether or not he's here. All said and done, I hope Andrews is okay and I know Runyan and he will be fine.

not offensive just the vibe that he thinks Andrews is lying. if he doesn't feel sympathy just don't comment on the situation.

either way i can't wait for the issue to get resolved or closed and it is strictly football again.