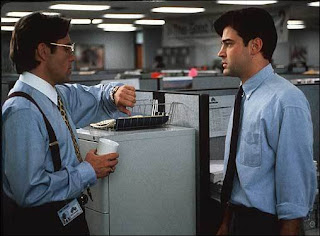 Just as I had thought, it was a quiet morning talk with the boss today. Hell, it was even an enjoyable drive to work with Angelo and the morning crew having nothing negative to rant about.

Honestly, what could any one say about the Eagles performance yesterday?

Sure there were a few minor things here and there, but as a whole, it was a dominating performance by our Eagles yesterday.

The only comment from the boss was that yesterday's game (and we use the term game loosely) was played against a squad that resembled the "little sisters of the poor." And what can an Eagles fan honestly take away from playing such a weak opponent?

I say, hey at least we aren't the Rams!

Hard to disagree with the boss, but what would we all be saying today had the Eagles squeaked out a 16-13 victory yesterday or actually lost the game?

For once the Eagles did not play down to their competition. Too often last year (games against the Bears, Redskins, Jets, and Dolphins) this was not the case. And as much as we say the Rams suck, they do have a future hall of fame WR and top-5 RB on their roster. Each of which was shut down by the Eagles D.

So yesterday's win was made even sweeter by today's lack of negativity.

And a side note from the boss, despite what many of you think, he will be cheering for the Eagles next week against the Cowboys!
Posted by chris klinkner at Monday, September 08, 2008

Labels: monday morning with the boss

How quickly the haters change their tune.

Even the haters gotta be loving #10

Perfect game. Cased Closed. Enjoy it. Might not last into next week.

You should of made him shout the Eagles fight song. Wait, let's save that for Feb. 2

In the record books, and for determining who goes to the playoffs, a win is a win, no matter how easy it may have seemed!

Kick Ass photo. Did you also have a meeting with the Bobs this morning?

Ummmm......sorry they NEVER played down to the competition(Bears, Redskins, Jets, and Dolphins) last yr. The Eagles were NOT even better than the Redskins and the other games they were pretty much at the same level! So..get ur facts straight.