Not The Fault of Drew Rosenhaus 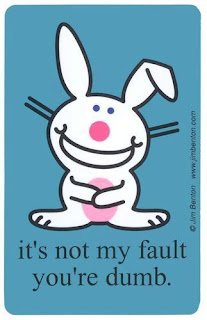 Is it 2005 again? No, everyone sure? I see Drew Rosenhaus making daily Philly Sports headlines, a star player whining about his contract and place on the team, and a locker room on the verge of becoming divided. All that is missing is Hugh Douglas coming in and fighting Sheppard! Oh yea, and Sheppard doing sit-ups on his driveway.

Eagle fans may think Rosenhaus is an ass, a rat, a Philly villain, but the same feelings are not held by players throughout the NFL. Just look at his list of clients on his website. Player after player, team after team seek representation from Rosenhaus. And surprisingly Sheppard isn't the only Eagles CB that is a client of Rosenhaus. Rookie CB, Jack Ikegwuonu is also a Rosenhaus client. Here's hoping that Ikegwuonu never becomes a star! And who knew that Ikegwuono has his own website!

I guess what I am saying is that despite our hatred for the man, Rosenhaus is going to continue to pop up around the NFL and around the Eagles. The man is very talented at what he does. Another look at his website shows that the Rosenhaus agency has successfully orchestrated 17 trades in the last three years and is tops in negotiating high paying veteran contract extensions. Guess Lito saw this information too!

Yea Rosenhaus is an ass, but don't go blaming him for this Sheppard fiasco. Blame the Eagles for not removing this problem, this player in the off-season. True Sheppard may not deserve a new deal, but he was never going to believe that about himself. The man has ego issues!

The Eagles took a calculated risk in keeping Sheppard, hoping he would play good solider despite his unhappiness. Trade offers for Lito may not have blown the Eagles away, but when compared to the drama that is now unfolding, on second review I bet they seem pretty sweet.

We all saw what happened in 2005, with so many IFs needing to go right with these 2008 Eagles, they cannot afford to have the Sheppard drama carry into and linger throughout the season.

Unfortunately we are only days from the start of the season so it looks like Sheppard and the Eagles are screwed with each other. Man I hope Donovan has an all-world season because the Eagles are going to need it to overcome yet another front office mess!
Posted by chris klinkner at Thursday, September 04, 2008

drew did have a cool Burher King commercial

Lito and Drew ae both a-holes!

Agreed, the Eagles should of ride themselves of this mess months ago

At least watching T.O. was amusing. This Lito soap opera is just annoying.