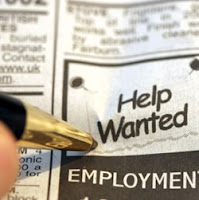 Donovan didn't help the cause in the 4th quarter, but the Dallas loss falls at the feet of the Eagles D. 37 points and we still get beat...unacceptable!

The biggest culprit has to be the Eagles front four. To win the Eagles need to be able to generate pressure on the QB with their D line. They can't depend on JJ's creative blitz packages to be the only source of pressure. Someone outside of Cole needs to man-up. Cole is going to be rendered ineffective by constant double teams if the other DEs can't step-up!
Am I surprised by the Eagles lack of a pass rush? No. The Eagles faced the same problem last year. And the same cast of characters return in 2008. Oh wait, we did sign Chris Clemons. Name not sounding familiar...probably because he can't even get his high priced ass on to the field. Can't generate pressure without getting on the field. McDougle might not be doing much in NY, but at least he is getting playing time, giving the starters some rest.
The other culprits are Parker, an average DE at best , and the high-priced bust Howard. Why not give Smith a chance. Maybe rotate Gocong some at DE. Give us something!
I've said it before, we should of traded for Jason Taylor. You cannot honestly tell me that he isn't better than everyone but Cole. Maybe the answer is Abiamiri, but that is too much of a crap shoot. If he is the answer, prayers go out to a very speedy recovery. But a DE coming off a wrist injury is not a recipe for success.
JJ is a defensive genius. If anyone can solve this problem it would be him. I am just not sure the parts are there for a remedy to be found.
Posted by chris klinkner at Wednesday, September 17, 2008