After Much Needed Bye Week, Eagles Set to Take on Surprising Falcons 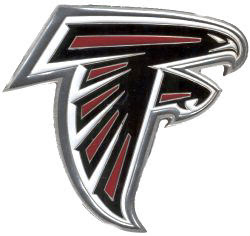 By Dan Parzych: Every football fan is guilty of doing it at least one time in their life. Every season, fans will browse their favorite teams schedule at the beginning of the season and choose the "easy win" games. What do I mean by this?

Well, when the Eagles season started back in September, I browsed over the schedule to see what teams the Eagles played that I shouldn't have to worry about.

This may sound conceded, but every fan does it. After last season, I'm sure every fan checked their teams schedule to see when they would play the Dolphins (no offense).

So what teams did I choose on the Eagles schedule at the beginning of the season as "easy win" games? Rams, 49ers, Falcons, and Bengals.

So far, I have been two for two on the season. When you look at these team's rosters on paper and compare them to the Eagles, the Birds are clearly the better team.

Even though the Rams are starting to play good football under new coach Jim Haslett, they were a joke in week 1. The Eagles offense was superb from the start and the Rams never stood a chance.

I will admit, the 49ers game made me nervous. No Kevin Curtis. No Reggie Brown. No Brian Westbrook. Not to mention the Eagles were in a "must win" situation in my mind since they were 2-3 and sitting in last place in the NFC East.

The 49ers gave the Eagles a run for their money. If you would have told me that J.T. O'Sullivan would lead the 49ers to a victory over the Eagles at the beginning of the season, I most likely would have laughed and tell you to get out of my face.

This is why I love football! Anything can happen on any given Sunday! The 49ers started the 4th quarter with a 26-17 lead over the Eagles. They looked like they were in control of the game. Thank goodness the Birds were able to score 23 points in the 4th quarter and win 40-26

Rams, 49ers, Falcons, and Bengals. That was my list of "easy win" games for the Birds. As we approach week 8 of the 2008 season, I would like to remove the Atlanta Falcons from that list.

When I saw the Eagles hosted the Falcons on October 24, I was excited. Rookie coach. Rookie quarterback. DeAngelo Hall gone. The Falcons will have two wins at most coming into this week.

I was wrong. I was way wrong.

The Falcons have been one of the biggest surprises of the NFL this season. Matt Ryan was a stud at Boston College. I saw him as most rookie quarterbacks their first year in the league. I assumed that he would struggle this year and get better with the more games he played.

I remember sitting at Buffalo Wild Wings in Dayton the first week of the season watching the Eagles-Rams game. Since the owner is a Lions fan, the game was on against the Falcons. The first play of Matt Ryan's career in the NFL: a 62-yard bomb to Michael Jenkins for a touchdown. The jaws of the fifty people inside the sports bar just dropped. How often does a player throw a touchdown on his first ever pass in the NFL?

Matt Ryan has led the Falcons to a surprising 4-2 record coming into week 8. He has done an amazing job turning around a franchise that has struggled ever since Michael Vick was sent to jail. When the draft took place last April, the Falcons knew they had to find a new franchise quarterback.

The gamble on Matt Ryan has paid off so far. His numbers may not be Peyton Manning or Tom Brady like, but he is doing one heck of a job for a rookie quarterback. With the way him and Michael Turner are playing (any regrets San Diego?), the Falcons are proving they are contenders in the NFC South.

So what should the Birds expect this weekend?

Well, there is one statistic that favors the Birds. They are 9-0 under Andy Reid after a bye week. Not to mention the Falcons haven't won in Philadelphia since 1988.

The bye week has allowed a lot of players to get some much needed rest. Westbrook, Curtis, and Brown have all dealt with injuries throughout the season and they hopefully will all play on Sunday.

If anybody knows Jim Johnson, you know he is going to bring the blitz against the Falcons. A rookie quarterback against a Phildelphia squad that ranks second in the NFL in sacks...that's a statistic I like.

The Falcons have given up at least 20 points in five of their six games this season. The Eagles offense has been known to be dangerous at times. We have seen McNabb put up solid numbers despite the fact that he has been without Curtis all season and Brown has played in just two games. Don't forget Westbrook has missed two games too.

If McNabb can post 1,576 yards passing and 8 touchdowns with all of the injuries the Eagles offense has suffered, just wait and see what he can do when everybody healthy.

Expect a 300+ yards passing day for McNabb with a couple of touchdowns. The Falcons may be playing great football this season, but I don't think this game is going to be close at all.