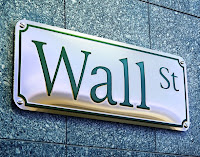 While we are all rooting and hoping and excited about a Phillies World Series win….the first in 28 years….there may be a serious problem ahead.

The last time the Phillies won the World Series, in 1980, was the start of the last great world wide recession. Oh no! So, if the Phillies win tonight, in the future not only will Philadelphia be forever remembered for throwing snowballs at Santa, it will also be remembered for starting, or at least contributing to, the world wide financial meltdown!