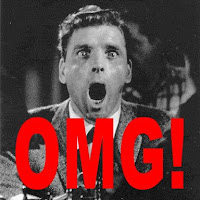 I knew that Joe Banner was doing an interview yesterday for the Eagles website. I thought it would be nothing more than the same old "pedal to the metal" crap that he and the owner always throw out there.

Well, shocker, I was wrong on that one. Sounds like Banner has some locked-up hatred for the Cowboys. Some quotes from Joe yesterday...
- On the Roy Williams Trade: "I mean, they paid a lot. Time will tell. I wouldn't pay that much for a player like that."
- On the Cowboys and the postseason: "Our [Eagles] goal is to win a Super Bowl, forget win a playoff game, which is something they [Cowboys] are still working on."
Who says you can't kick a man [team] when they are down! Now let's just hope that the Eagles aren't the team sitting home when the playoffs roll around or that Roy Williams doesn't light up the Eagles when the two teams meet-up in December.
Posted by chris klinkner at Tuesday, October 21, 2008

Im starting to hate Joe Banner more than Dallas. What did Dallas pay, a first, third, and a sixth rounder? We trade first rounders, cut a third, and really is a sixth round draft pick that much? I hope the Phillies parade stops right in front of Novacare to rub it right in the smug cocksuckers face.