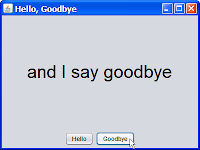 No Eagles football this weekend. The bye weekend. Yuck. Hell, the Phillies are even off until Wednesday! What is an Eagles fan to do...maybe root for the Browns, Rams, of 49ers for an upset of an NFC East rival? (Hey if the Browns play like the Browns of last week, a win over the Redskins is not out of the question!)

So an Eagles fan kinda has the empty feeling this weekend. Now just imagine if the Eagles don't begin righting their wrongs ASAP. The Eagles need to get their asses on a winning streak. Anything less than 5-3 going into the Giants game is unacceptable. Otherwise, you might just have to start conceding the 2008 season. Yea the Eagles might still be playing, but they would be playing without purpose. Kinda like a bye weekend all through November and December.

So I hope the Eagles are enjoying this week off. Time to get our stars healthy, time to get the offense clicking (especially in the red zone!), time for the defense to show-up Steelers-game style each and every week. Reid, time to continue your strong record of winning games in November and December.

Soon enough, World Series win or not, the Phillies season will come to an end. It will again be all eyes on the Eagles (sorry still too early for Flyers or Sixers excitement). Hopefully there is still reason for excitement, still reason to tune in each Sunday, still reason to think this season is THE season.

Remember When The Eagles Did It???