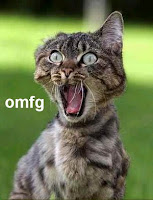 Were you more shocked yesterday that the Eagles whiffed on acquiring Gonzalez and Williams or that they were so quick to give up on Tony Hunt?

True Eagle fans had to know that the Banner boys wouldn't make a deal for a top flight WR or TE. Why follow the owner's pledge and go all out for a shot at the title? No worries, the city has the Phillies to end the championship drought. (You know McNabb had to be secretly fuming that he was again not given playmakers!)
So the answer has to be the release of Tony Hunt. The transition to FB and then back to RB did make the move kind of obvious. But cutting Hunt means that Reid has owned up to a mistake. A shocker for the king of smugness.
Unfortunately for us, Reid continues to make the same mistake! First it was using a 3rd round pick on Ryan Moats. Moats is now on the Cardinals practice squad. Then it was using a 3rd round pick on Tony Hunt. Hunt is now unemployed. Finally it was trading a 4th round pick for Lorenzo Booker. Booker is now a permanent fixture on the Eagles bench, showing less then zero when he does get on the field.
The drafting of B-West can only cover your ass for so long. And if the Eagles are going to continue to throw away draft picks on RBs, why not just trade the picks for say a Roy Williams or a Tony Gonzalez?
Posted by chris klinkner at Wednesday, October 15, 2008