Way To Go Commish; Still Interest in Williams and Gonzalez? 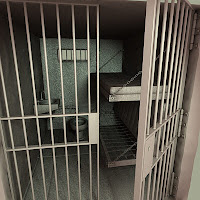 They do say that everything is bigger in Texas. So I guess this applies to bad news as well. Another day, another Dallas Cowboy gone.

Adam Jones has been suspended indefinitely (minimum 4 games) by the league today because of an altercation with his team appointed "baby-sitter." Congrats to the Commissioner.

Some people will never learn regardless of how many chances they are given to redeem themselves. Jones is an idiot, spoiled athlete who has always been able to use his football talent as his "get out of jail free card." Not anymore. Jones no longer deserves a helping hand. You don't want to play by the rules and the laws, well time to find out what the real world is like.

What a waste of talent. One can only imagine what future trouble lies ahead for Jones as he is distanced from football.

Per an ESPN.com report the Eagles are still showing interest in both Tony Gonzalez and Roy Williams.
ESPN's Chris Mortensen, attending the meeting of league owners, reported that the Cowboys' NFC East rivals the Philadelphia Eagles have also made inquiries about Williams' availability. While one GM said there was a strong possibility the Lions would trade Williams to the Cowboys or Eagles on Tuesday, Philadelphia is believed to be more interested in Kansas City Chiefs tight end Tony Gonzalez.
Posted by chris klinkner at Tuesday, October 14, 2008

The Commish definitely has some large ones!

If we get Williams, can we cut Brown?