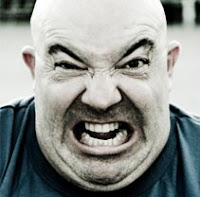 If you have a second, check out the guys over at the700level.com and their Group Therapy Session for Frustrated Eagle Fans.

Quick...what's your first thought when you think about the current state of the Eagles?

It's sad but a part of me wants the Eagles to lose to the Bengals this Sunday. It would be the ultimate slap in the face to the organization, losing to a 1 win team. Let Reid try and explain that one.

A loss would be the first step in hitting rock bottom. And rock bottom is what is needed for the franchise to make changes. What good is going 10-6 or 9-7 and just missing out on the playoffs. All that guarantees is that the same SH*T returns for another season.

Why not instead go 7-9 0r 6-10 and miss the playoffs. It would then be VERY obvious that changes need to be made, no more status quo. And with this record at least one of the two first rounders would be worth something. Another brilliant move in trading away last year's 1st rounder for the Panther's 2009 first rounder.

This team has become so damn frustrating and maddening and I actually love them.

I was actually jealous that the Phillies were the ones to break the city's title curse this year. I wanted the Eagles to be first. But watching these Eagles, this regime, I am thankful that the Phillies came through for the city because the Eagles winning a title isn't happening anytime soon.

So go ahead lose to the Bengals...please!
Posted by chris klinkner at Wednesday, November 12, 2008

Actually, come to think of it, it would be very entertaining to hear Andy try and explain a lose to the Bengals. I can just hear the "I need to do a better job....." "That's my responsibility....." "I don't want to get into that....." It would almost be worth the price of the lose!

You are right, too, the only way there will be any real changes is if the Eagles really crash and burn. Coming close again, or even making it into round 1 of the playoffs will mean and change nothing.