Cheer For An Eagles Win or Loss? 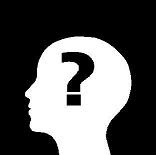 Can the Eagles close the season by going 4-0? Sure anything is possible. But as an Eagles' fan do you want them to go 4-0? Or would you rather a loss to the Giants on Sunday to assure that the need for change is obvious to all?

If you hope for the L you think crumbling down the stretch makes change inevitable. Reid won't survive the coaching ax. Or at least Reid is stripped of his GM duties. Another year of missing the playoffs would show everyone that the Reid way is the wrong way. And everyone includes Banner and Lurie.

If the Eagles go 4-0 and squeak their way into the playoffs the Reid way gets the chance to repeat itself for more many more seasons to come. Are you confident that the Eagles team that goes 4-0 to end this season could again find success with the same leader and blueprint next season? Do you actually trust the Eagles front office to step-up in the off-season if they again end the season with a bang?

Or is the best thing going 4-0? As an Eagles fan do you put the future, the good of the franchise on hold to enjoy what we hope is a magical run to the playoffs and beyond this season? Are you too die hard to want anything less than an Eagles win each Sunday?

And we thought converting 3rd and 1 was the hardest thing about being an Eagles' fan this season! Either way I am cheering for 4 more wins...might as well live in the moment!
Posted by chris klinkner at Thursday, December 04, 2008