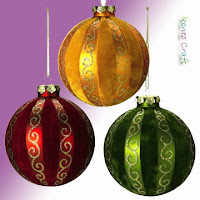 In comparison Tiny Tim had it easy. And no I am not talking about an Eagles playoff berth this season. That Christmas wish is dead and buried underneath some yellow Christmas snow.

No, I am hoping for Luire and Banner to grow a pair this winter. And if they do, they should then fire the Jolly Fat Guy with the red mustache. Time to say goodbye.

A miracle might be an understatement with this wish. It's finally time to look past Reid's early years. The championship games and Super Bowl were great. All the money Reid made for Lurie probably even better and more important to Mr. Pedal to the Metal.

Instead it's time to focus on the present. The team is on the verge of missing the playoffs for a third time in 4 years. The offensive philosophy is a mess. The fans are disgusted and looking elsewhere for their sports entertainment. It's time to fire Andy Reid.

Replacing him isn't going to be easy. It will be a crap shoot. But I am ready for the change and the chance. Listen to the cries of the fans before you loose them and the city. The Phillies and Flyers are winners. Right now the Eagles aren't.

The Phillies have showed Philly that miracles can happen. Please let us have one more.