And We Thought Lito Left 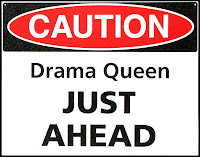 It's like a damn day time soap opera over there at the Nova Care Complex.

The positive vibes of the Peters' signing were quickly squashed with today's news of CB Sheldon Brown doing his best Lito impression and making his trade demands public. Brown is unhappy with his current contract and wants a new contract.
Last season wasn't Brown the guy telling Lito to honor his signed deal and quit the bitching?!?
Brown is entering the final year of guaranteed money on his contract and will be paid less than back-up CB Hanson this season. So yes, Brown does have reasons to be unhappy.
BUT...when you sign on the dotted line, honor the contract. Brown is one of my favorites so I don't want to see him go, but this fan is tired of players complaining over signed contracts.
Players sign long term deals for security. If you don't want the security then sign a short term deal and negotiate a new deal after 2 years. These millionaire players can't have it both ways!
Would the Eagles dare trade Brown? Is Hanson starting caliber? Jack Ikegwuonu supposedly has some talent but has never played an NFL down.
And unfortunately the Eagles drama continues....
Posted by chris klinkner at Monday, April 20, 2009