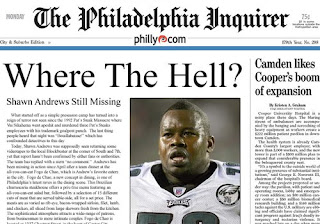 A terrible 80's song it was, but regardless it is good advice to follow during the football season in August.

I too have become afraid to read the latest Eagles news fearing a report of another injury (Todd Herremans expected to miss entire preseason), but it's still early. Championships aren't won in August.
The players not significantly hurt should return by the season opener and still be major contributors this season. Sure losing Bradley sucks but the Eagles do have decent, if not good, depth with Mays and Gaither. Ingram would have surely been a bonus but he was a rookie and outside of DeSean how many rookies have made huge contributions in year 1?
So relax, enjoy the start of preseason, and hope next time you click on the headlines the news is about a player from the Giants, Cowboys, or Redskins going down for the year.
See ya at the Linc tomorrow night!
Posted by chris klinkner at Wednesday, August 12, 2009