Are the Eagles Off and Running? 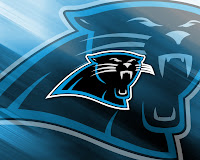 Sunday's opponent is the Panthers. So of course we are hearing non-stop chatter about the dynamic running combo of DeAngelo Williams and Jonathan Stewart. After their monster 2008 season the hype is well deserved, but this fan is thinking that the Eagles run game will more more effective come Sunday (what did you expect, I am an Eagles fan!).

But this post is probably all for naught since I am counting on pass-happy Reid to run the ball. But maybe, just maybe, the combination of a healthy B-West, rookie stud McCoy, a true FB in Weaver, and a mammoth rebuilt OL will make this season rush-happy Reid. Maybe the pass preference went with the lost 75 pounds!