One Fan's What To Expect - Eagles v. Pantehrs 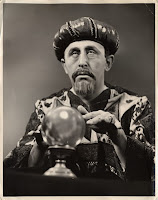 Screw the so-called experts and their weekly picks and season predictions.

No one knows for sure what is going to happen this Sunday or the next 16 Sundays. See last years Bengals - Eagles game or the events of Week 17 that allowed the Eagles to sneak into the playoffs last season.
Any given Sunday baby. It's what we love about football. So take it for what it's worth, here is what I see happening tomorrow.
- McNabb and DeSean strike early for a TD of 40+ yards.
- The Panthers run game is successful against the edges of the Eagles defense. D. Williams falls just short of the century mark tomorrow.
- McDermott gets burned on a blitz and Jake goes deep for 6 to Mr. Smith.
- The combination of B-West, McCoy, and Weaver together run for 120 yards on the ground by exploiting the weak middle of the Panthers defensive line.
- B-West rewards those fantasy wizards who used a 1st round draft pick on him with 2 TDs.
- DeSean breaks a punt return, but doesn't fully break it, late in the 4th quarter.
- Akers nails a 40 yarder with less than 2 minutes to go in the 4th quarter to put the Eagles up by 3.
- McDermott calls a successful blitz. Gocong forces a Delhomme fumble that Howard recovers.
- Eagles win 24-21.
Posted by chris klinkner at Saturday, September 12, 2009

Sounds good to me.