By this time you have either heard or read about DeSean Jackson's First Take Interview.

I really don't put much stock into anything DeSean does off the field.  As long as the guy steps up on Sundays (heck, I'd even take him staying on the field) I am OK with ignoring his rap albums, back flips into pools, and unwarranted support of Michael Vick as the Eagles starting QB this season.

What I do have a hard time overlooking is his comment about the Eagles being a top-5 team in the NFL this season.  Um, hello...last season's record was 4-12, not 12-4.  Did this guy learn nothing from the idiotic comments made in past seasons by Vince Young (Dream Team!) and Michael Vick (Dynasty!).

Hopefully unlike past seasons, the play on the field this season generates reviews as positive as the preseason reviews.  Otherwise it might not just be Michael Vick that the team gets rid of after this season.  Also out the door might be a supposedly #1 WR with putrid numbers of 45 catches, 700 yards, 2 TDs, and -7 rushing yards. 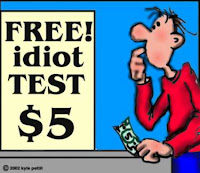